Reams and reams have been written on all this city has to offer. Before I left for Paris I heard a lot of mixed reviews. People seemed to either love or hate Paris.

For some reason Paris had never been on my radar. Maybe it was all the reports from good friends or maybe it is the anti-romantic in me. I knew I would visit Paris someday but it languished somewhere at the bottom of my priority list.

Our goal for these past Eid holidays was to get to Amsterdam. But our plans changed spontaneously when we found relatively cheap tickets to Paris.  Before I knew it, we somehow settled on 4 nights in Paris, a night in Brussels and 3 nights in Amsterdam before returning to Paris to fly back home.

Those close to me will remember my utter dread, yes dread! at the thought of visiting Paris. The internet was flooded with accounts of massive crowds and 2 hour long queues at attractions. To make matters worse we were visiting in high season during the Euro 2016 finals week! I resigned myself to the fact that we would spend all our time waiting in queues in a messy, crowded, old city.

But Paris took me completely by surprise.

END_OF_DOCUMENT_TOKEN_TO_BE_REPLACED

What makes growing older more bearable? Why, the celebration of course!

This year for my birthday, Hubster and I decided to book a mini staycation in a local hotel. We chose the Liwa Hotel in Abu Dhabi for our quick getaway.

END_OF_DOCUMENT_TOKEN_TO_BE_REPLACED

On 29 April 2016, I packed my bags and headed out on a week-long trip that would change my outlook forever. After eons of planning I finally set out on my first solo international trip which would culminate in a Girls’ weekend abroad before we all headed to our respective homes.

END_OF_DOCUMENT_TOKEN_TO_BE_REPLACED

Greetings to my wonderful readers! I have been neglecting my blog for an unforgivable amount of time as I chased down one of my most elusive dreams. However, it has heartened me to see that even when I was MIA, there were a few faithful friends who dropped by to like and comment on my posts. Thank you all for keeping me in your thoughts.

I am now back on my home turf and the euphoria of my holiday has yet to dissipate. For those of you who may not have read my last post, I just spent 8 blissful days touring Europe. The first leg was a solo trip for 5 days and the second leg was a radically different trip with my gal pals. I have now checked off two items from my bucket list – A solo international trip and a girls only international trip. Both of these have been long-term dreams and have come close to fruition many times but for some reason or the other never seemed to work out… until now.

END_OF_DOCUMENT_TOKEN_TO_BE_REPLACED

Today is a landmark day in many ways. One year ago today was the day I posted my very first entry on this blog. But this is not one of those posts about looking back at my year on WordPress and recounting stats. This is a post about looking forward and looking inward.

Today is also the first day of my birthday month. And to top it all, I am penning this post sitting on the floor of the Hofburg Chapel in Vienna where I am on my first ever international solo trip.

END_OF_DOCUMENT_TOKEN_TO_BE_REPLACED 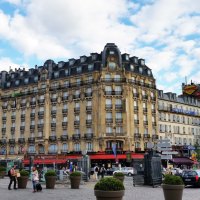 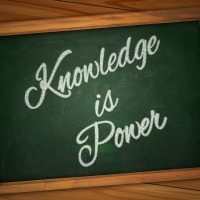